Swiss TPH opens new building on the site of BaseLink

The Swiss Tropical and Public Health Institute has officially opened its multifunctional new building at the Basel Area’s new life sciences hub. On the BaseLink site, up to 10,000 new jobs are being created. 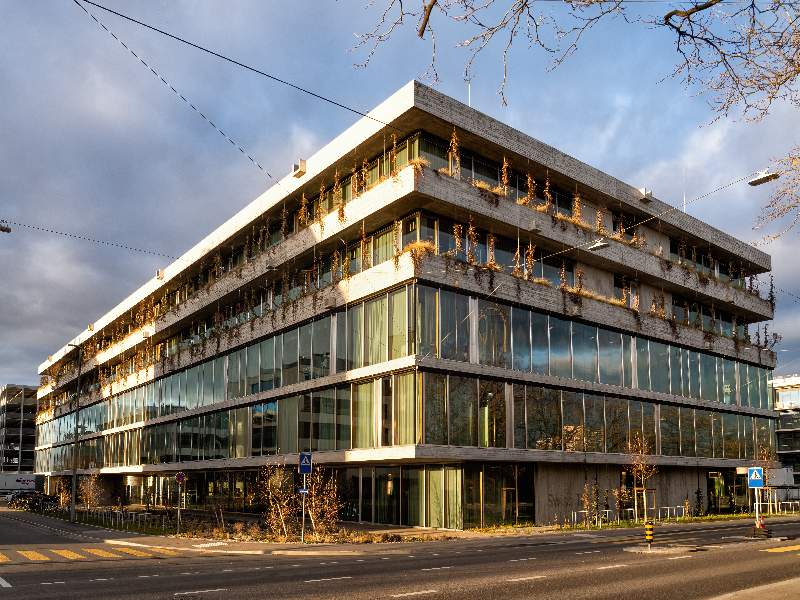 The Swiss Tropical and Public Health Institute (Swiss TPH) has combined its departments previously spread across seven buildings into a single new building at the BaseLink site in Allschwil. On April 1, the building, which was designed by Basel-based architects Kunz und Mösch and is known as Belo Horizonte, was officially opened. Across five floors, the new building offers space to house 725 modern workplaces and 150 laboratory places over an area of approximately 13,000 square meters. According to a press release, up to 10,000 new jobs are to be created at the site.

In her address, State Secretary Martina Hirayama praised the institute for making “an important contribution to improving the health of people in Switzerland and around the world” as well as for “driving innovation”. According to the information in the press release, the new building facilitates “attractive forms of interdisciplinary collaboration in order to tackle global challenges and solution approaches in a spirit of partnership”.

Director of Swiss TPH, Jürg Utzinger, described the opening of the new building as an historic day for Swiss TPH: “Almost 80 years after our founding we can call this great building our new home”. As such, the “transformation from the so called ‘Tropeli’ to ‘Swiss TPH’ is complete and we can continue to advance our mission of making the world a healthier place”.

According to Nicole Nüssli-Kaiser, Mayor of Allschwil, the new Swiss TPH is an “important anchor institution” at the BaseLink site, where an emerging life sciences in Switzerland cluster is developing. This is situated in close proximity to the Switzerland Innovation Park Basel Area Main Campus, which is set to open in the fall of 2022. Other companies including Abbott, Basilea Pharmaceutica, Idorsia, Johnson&Johnson and Skan have established a presence in the vicinity as well.